Braces is not the only appliance that we use.

A rapid maxillary expander (RME) is designed to widen the upper jaw.  It is commonly used to correct posterior crossbites (narrow upper arch) by expanding the upper jaw to create a correct width in relation to the lower jaw.  The appliance consists of a metal frame which is fixed in place to several back teeth in the upper jaw.  It is used to expand the upper jaw by pushing the two halves of the arch apart, resulting in widening of the jawbone itself.  This appliance will only work if the upper jaw suture (join in the bone) is not fused.  Generally, the suture starts to fuse at around the age of 15 years old.  If the suture is fused, a surgical procedure can be performed to reopen the suture if required.

During the expansion process, you will often see a large space between the upper two front teeth.  This is a good sign that the two halves of the upper jaw is separating.  The space between the two front teeth will naturally close 1 month after active expansion.  The active expansion phase generally lasts 3-5 weeks.  Once we have achieved the desired width, the RME is generally left in place for an additional 6 months to stabilise the result.  Braces are often required after this procedure.

The Twin Block appliance is a removable, orthodontic functional appliance that is used to help correct jaw alignment, particularly an underdeveloped lower jaw.  They work by influencing the growth and development of both the upper and lower jaws.  This type of treatment is most effective during a growth spurt.   Therefore, it is important to see an orthodontist early to assess the timing of this treatment to avoid missing out on the growth spurt.  Every person is an individual and everybody’s growth spurt is different.  We recommend seeing an orthodontist from age 7.

The Twin Block appliance is made up of two plates, one for the upper teeth and one for the lower teeth, which work together to bring the lower jaw forward into a better alignment with the upper jaw and creating a improved profile.

The appliance holds the lower jaw forward over a period of time (normally 12 months) until the teeth, jaws and joints have “adapted” and the desired jaw position has been obtained.

The Twin Block can also be modified for other uses such as the expansion of a narrow arch.  This is achieved by incorporating an “expander” in the upper plate, which, over time widens the arch allowing crowded teeth more room.

Twin Block treatment offers noticeable results and therefore a much better profile.  The appliance aligns the jaws but not the teeth, therefore it is considered to be a “first phase” treatment prior to the full orthodontic treatment or braces to align the teeth correctly.

Go back to Treatments 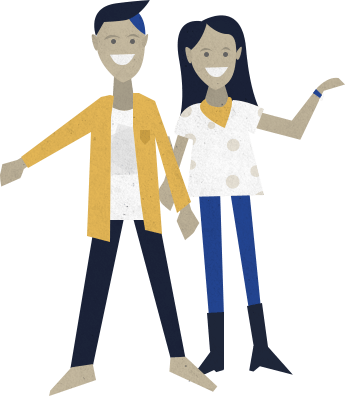 No need for a referral