China coronavirus: Update for those in general dental practice

Due to the emergence of the Coronavirus - If you have an upcoming appointment at ONiA we ask that you contact us to arrange delay of your appointment if you have any of the following - - Fever or history of fever AND acute respiratory infection (shortness of breath or cough or sore throat) or severe acute respiratory infection without fever requiring hospitalisation and - A history of being in China in the 14 days - Close contact within 14 days of a confirmed or suspected case of 2019-nCoV; or a healthcare facility in China. Please contact our office on 8227 0336 if you have any questions.

China coronavirus: Update for those in general dental practice

* This article was originally published on 24 January and updated 28 January; information is current as of 3pm on 28 January.

Recent media coverage has highlighted the emergence of a novel coronavirus (nCoV) that originated in a food market in Wuhan, China in December 2019 before spreading globally, including possibly to Australia. Symptom onset of confirmed nCoV cases began as early as 8 December 2019 with the cluster of infection first reported publicly on 31 December 2019.

Wuhan is a city of some 11 million people and is a major transport hub in China. This latter point is time-critical, since large numbers of Chinese people travel in late January to celebrate the Lunar New Year. Infected people could spread the disease from China to their country of origin.

Cases of infected people spreading the disease from Wuhan have already been reported in Australia (five confirmed cases as of Tuesday, 28 January) as well as in Hong Kong, the USA, Japan, Singapore, South Korea and Thailand. As of Tuesday 28 January, the death toll had reached 106 people.

High temperatures on the forehead are being used for border screening in some countries for people arriving from overseas locations.

Initial cases
Most of the initial cases of nCoV were people in Wuhan who worked at or were frequent visitors to the Huanan Seafood Wholesale Market in Wuhan. This market also sold live poultry (domestic chickens, etc) and the meats of exotic animals. Past outbreaks of similar coronavirus illnesses, like Severe Acute Respiratory Syndrome (SARS) in 2002-2003, are thought to have emerged from food markets where people and live animals were in regular close contact. It is unclear which type of animal could be the reservoir of nCoV infection, however the original hosts for both SARS and for Middle East Respiratory Syndrome coronavirus (MERS-CoV) were most likely bats. It is thought that initial infections with nCoV were zoonotic (animal to human infection).

Since the original cluster, several people have become infected with nCoV despite them living in distant cities, such as Beijing and Shanghai, and in Guangdong. Such people have never been exposed to the seafood market but appear to have been infected by relatives who had been there. There is a now a consensus that infection can spread from person to person. Such direct spread from person to person has been documented in at least 2 cases to date. Spread of nCoV (like other coronaviruses) most likely occurs through coughing or sneezing, by contact with saliva, and by touching respiratory secretions from an infected person that are on surfaces. It is not known how many people, on average, a person with nCoV infection could infect. There have been infections in health care workers treating infected patients, and one patient is believed to have infected as many as 14 medical staff in one hospital in China.

Coronavirus infections
Human coronaviruses can cause serious illnesses involving the lower respiratory tract, such as pneumonia. The major clinical signs and symptoms of nCoV infection are fever, coughing, and shortness of breath. Serious cases can progress to pneumonia and kidney failure. More serious infections occur in older adults, infants and medically frail and immune compromised patients. Deaths from nCoV to date (at least 17 as of 22 January) have occurred mostly in patients with serious underlying medical conditions. SARS infected more than 8,000 people and killed 774, however it is uncertain what the case fatality rate will be for nCoV infection.

Controlling the spread of nCoV
Thorough infection control measures – including respiratory hygiene (cough etiquette) are essential to reduce the spread of nCoV infection. Chinese authorities isolated nCoV on 8 January 2020, and it is now actively being investigated in multiple laboratories worldwide. Work on a vaccine is currently being undertaken in China as well as in several locations in the United States, however a successful vaccine would likely take around 12 months to reach wide availability.

Managing the risks in general dental practice
Ask reception staff to check with patients telephoning to make an appointment if they had:

2) Epidemiological criteria
A history of being in Wuhan, China in the 14 days prior to symptom onset or;

3)Close contact within 14 days of symptom onset with any of the following:
•    a confirmed or suspected case of 2019-nCoV;
•    a healthcare facility in China.

If so then recommend that they delay making any non-urgent dental appointments.

It might also be wise to put a sign up in the practice for those patients who walk in to make an appointment.

Go back to ONiA News 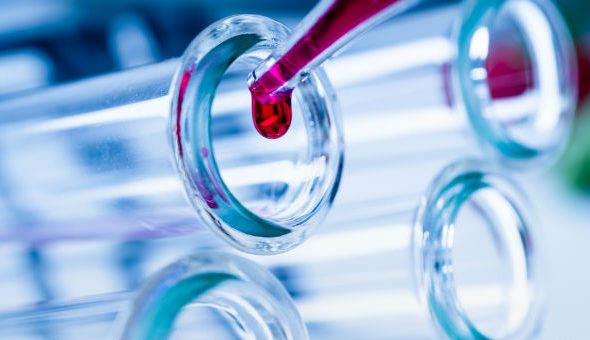