The history of orthodontics: From ancient braces to Invisalign

Healthy teeth and an attractive smile have long been considered to be desirable. A number of ancient civilisations used a crude form of braces to align crooked teeth in the living, or to preserve straight teeth in death and the all-important afterlife.

The field of orthodontics may seem like a modern invention, with popular orthodontic treatment such as braces almost a “rite of passage” in the modern world. But the history of orthodontics is in fact a long and fascinating one. Many ancient cultures developed surprisingly advanced methods for straightening and preserving the alignment of teeth.

Healthy teeth and an attractive smile have long been considered to be desirable. A number of ancient civilisations used a crude form of braces to align crooked teeth in the living, or to preserve straight teeth in death and the all-important afterlife. Common materials used for braces in the ancient world included gold, metal and/or catgut. Over the course of history, the materials used for braces evolved to include platinum, silver, steel, wood, ivory, copper and brass.

When were modern braces invented?

Modern braces were invented in 1819 by Christophe-Francois Delabarre. The French had evolved the field of dentistry in the 1700s, with notable advances including custom mouthguards and removing wisdom teeth to manage overcrowding. However, it was Delabarre who created the precursor to braces as we know them today. He devised a woven wire or ‘crib’ that was fitted over both the upper and lower teeth and worn for an extended period, with the aim of straightening teeth over time.

When were clear aligners invented? 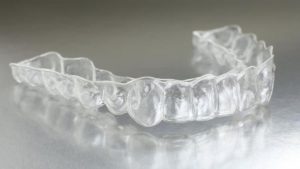 Not until 1997! Inspired by his own orthodontic treatment, a Stanford graduate named Zia Chishti envisioned an invisible clear plastic retainer that would perform the same straightening action as traditional metal braces without the need for arch wire or regular adjustments. He collaborated with Kelsey Wirth – a fellow Stanford graduate – to create custom clear aligner trays using the latest computer software. They named the invention Invisalignâ. However, while Invisalign was invented in 1997, it didn’t become available to the public until 2000.

Edward Angle (1855-1930) is known as the “Father of Orthodontics”. Angle’s original classification of malocclusion (malocclusion literally means “bad bite”) from 1899 is still used today. Angle designed many types of orthodontic appliances and is largely credited with evolving orthodontic treatment from a speculative process into an exacting science. Angle firmly believed that due to its complexity, orthodontics required specialist training and he subsequently established the first postgraduate program devoted exclusively to orthodontics. Universities throughout the world have since continued this training ever since, with graduating specialists now known as orthodontists.

While the history of braces extends back to the ancient world, you can rest assured that modern braces are now crafted from the latest cutting-edge technology.

Go back to ONiA News 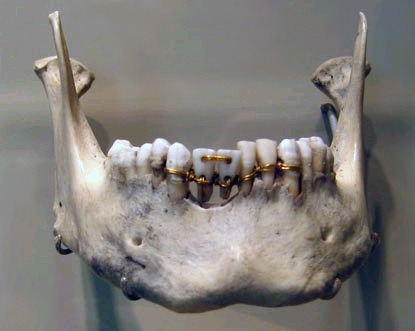